God is still alive and well in churches everywhere and He's still alive in our hearts to be an encouragement as we travel.  We're not "done" yet in our ministry endeavor; we are just getting started with added dimensions of quality. So much to do and so little time. We look forward to serving each of you together in the near future! 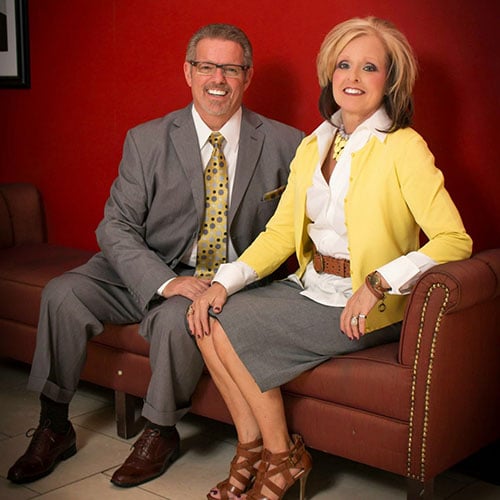 Was born in Madison Wisconsin to James and Jean McCloskey. Pat came from a musical family. His father was a talented musician who was in big band show business for years until saved in 1969. He then turned his life around from a world of alcohol to a life for Jesus Christ. Pat's father went home to be with the Lord in 1988. His mother Jean was a faithful mother of seven children; was also saved in 1969. God took her home to Heaven in 2013. Pat has two brothers and four sisters, many of them with great musical abilities. Pat was saved at the age of seven while attending a good news club in Madison, Wisconsin. Later, a bus came by the McCloskey home to take Pat to church. Knowing that God had a purpose for his life, he surrendered to the Lord to preach the Gospel.

After graduating from college, he served as an assistant pastor working several different ministries such as youth, music, school administration, and Christian radio broadcasting. Other areas include vocal training and special music group training for college and teen groups. Pat taught college and High school courses on music in the local church. He has started several choirs with children, teens and adults. He also served with His father-in-law in evangelism with the Thompson family for several years. It is the heart beat of the McCloskeys to be a gift to the local church in evangelism. "We want to be a blessing and long to have the touch of God on our ministry. We do not go to churches across this country to entertain, we go to churches across this country to serve and glorify Jesus Christ.�

I was born in Indianapolis, Indiana. My dad was saved a year after I was born; therefore, I grew up in a pastor's home all my life. My father was a youth pastor prior to becoming a senior pastor of his own church at Maranatha Baptist Church in Winchester, Indiana. I lived there until I attended Bible College and met my husband, Pat. We both grew up in musical families and had memorable experiences traveling and singing while in Bible College. We have had opportunities to work with young voices in church, school, and Bible Colleges; training individuals to sing to their full potential. What a joy that has been! Now, we have the privilege of sharing God's goodness and grace through music all across this country. 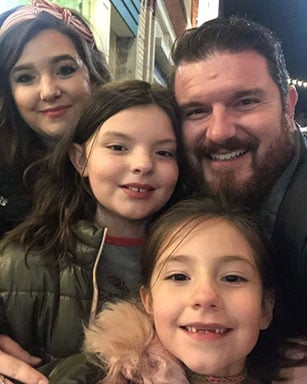 Brittney was born in Danville, Illinois in 1986. She was the first baby born on Easter Sunday of that year, so she received special treatment from the hospital, but of course anyone knowing Brittney knows she has one of the greatest personalities; therefore, has a special place in many hearts even to this day. She has an amazing voice, which we recognized at the age of three. Her first special was a duet singing the harmony at age seven. Brittney met her husband, Kyle and on June 9th 2007 they were married. Brittney and Kyle have two children, Addyson and Mackenzie. 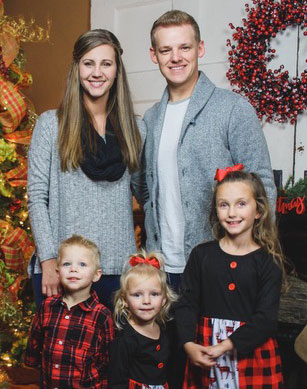 Chad was born in Madison, Wisconsin in 1989. He was healthy for the first few months until he contracted a respiratory virus in both lungs; serious enough that isolating him in a plastic bubble and on breathing tubes was keeping him alive for the next few weeks of his new life. Hearing his amazing voice today, you would know God restored his lungs to full health as he shares the gospel through song quite immaculately. Chad loves music and has been a big part of the McCloskey Family Ministries for several years, but presently travels and sings full time with The Ball Brothers out of Chickamauga GA.  God continues to use him with his singing abilities; and even though we miss him greatly, others are still being blessed through his ministry in Southern Gospel music. Chad is married to Sarah, the sister of The Ball Brothers. Chad and Sarah have three children, Brooklyn, Mason, and Alayna.

EBC is located in Hebron, Indiana. Our pastor is Frank McClure. Our home church is truly a family that cares about people. A church that will go the extra mile to reach out to the hurting and encourage the discouraged. We are so blessed to be part of the Emmanuel Baptist Church in Hebron, IN. If you ever happen to be in the Chicago area, be sure to give our church a visit. They will roll out the red carpet for you and treat you like family. Check out their website at